INDUSTRY.co.id - As the analysts of Robocash Group found, China, New Zealand and Australia have the highest weight of P2P lending on their domestic economic background in APAC. In particular, they have $18.5, $1.1 and $0.2 made by the segment per every thousand of GDP, respectively. In the mid-term perspective, the countries are expected to keep leading positions in spite of either potential or already occurred regulatory changes.

Based on the volumes of P2P/Marketplace Consumer Lending reported by the Cambridge Center for Alternative Finance and GDP in 2017, the analysis included ten countries in APAC. The results showed that P2P lending in China had $18.5 per every $1,000 of its GDP in 2017. That was the highest result among countries. The company's analysts think that the country will keep the first place both globally and regionally in the near time. Despite the regulation introduced in 2018, which is expected to result in only 300 platforms able to remain on the market by the end of 2019, the demand for accessible loans among the population remains very high. At the same time, some slowdown in growth will allow other countries in the region to catch up with China.

Thus, since inception in 2014, P2P lending in New Zealand has created a decent supply, established mechanisms to protect investments and the environment allowing convenient transactions. With eight P2P platforms on the market operating within the specific regulation, the country can maintain its positions on the market in the region. Then, despite outstanding traditional banking, Australia became third by the weight of P2P lending. The background similar to those in New Zealand supported by the advantages of international connections and the growing popularity of P2P lending among customers, altogether facilitate the introduction of cutting-edge technologies.

As for the developed countries like South Korea, Taiwan, Japan, Malaysia and Singapore, they are unlikely to make a spurt in the weight of P2P lending. Traditional banking performs well and will hardly give way to alternative lenders in the near time. Meanwhile, the strengthening of P2P lending in the emerging countries like India, Indonesia, the Philippines, Vietnam, Cambodia and Myanmar is beyond any doubt. These countries have shown an impressive dynamics of alternative finance over the past couple of years and will only accelerate it.

Commenting on the results, the analysts of Robocash Group noted: "The absolute size of the market is not the only criterion to assess the development of P2P lending. Even if it is coupled with the level of GDP and income of people, special regulation, the longstanding history of the industry etc. the fundamental determinant is the ratio of supply and demand. That is why countries with smaller volumes may have a higher penetration of P2P lending in the economy. Also, the bottom line indicating the significance of the market against the economic background in 2017 was at the level of $10 of P2P loans per capita. Already today, the growing expansion of alternative lending has increased it up to $15 and will lift it further." 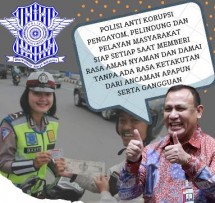